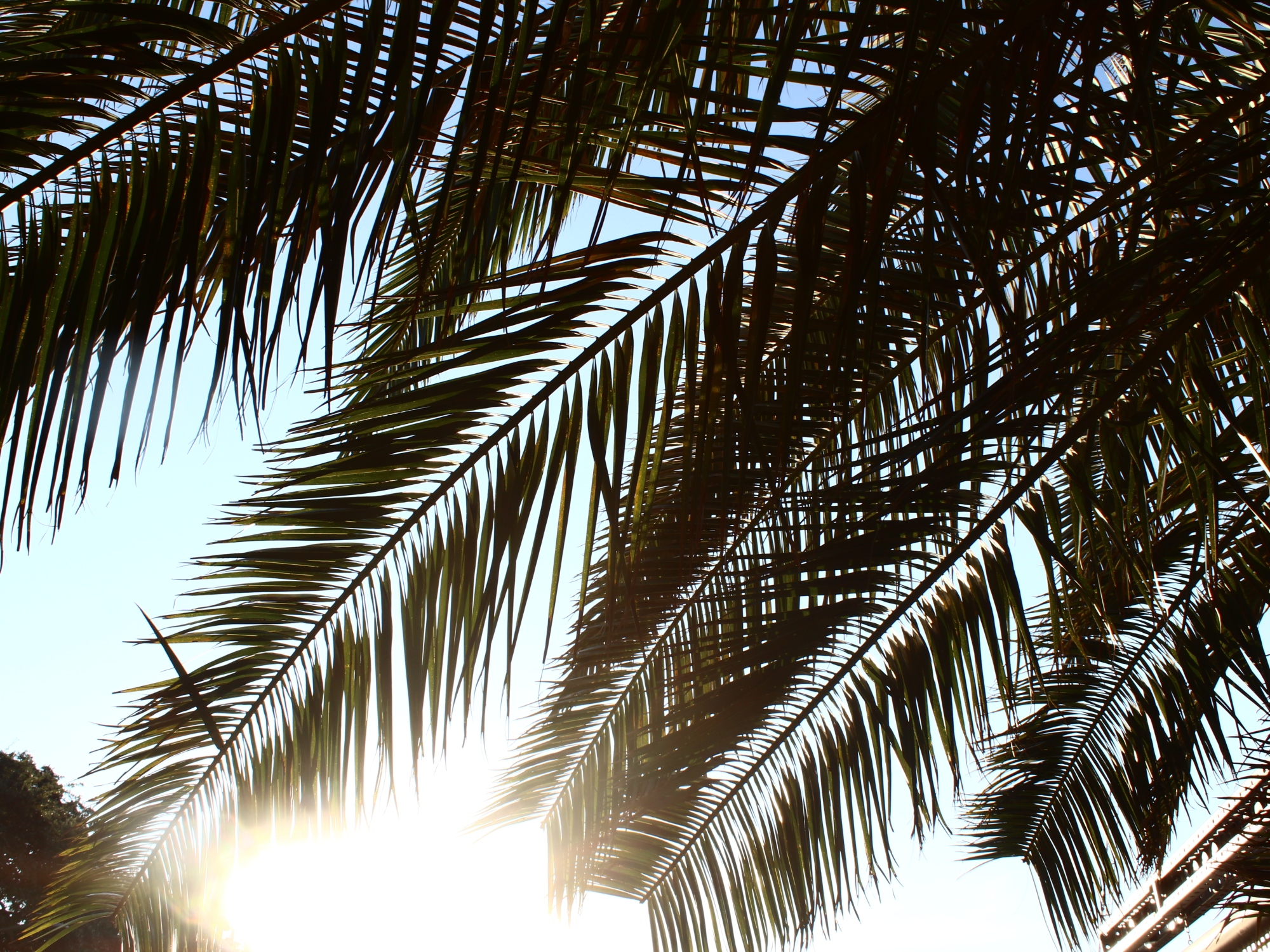 Hello, hello, hello, how are you all on this fine day? If you’ve been keeping up with my posts you’ll know that I am sharing my East Coast Road Trip journey. The last place  I shared about was one of my personal favorites, Charleston, today I will continue to share two more beautiful places that I visited on Day 4 of the trip.

We woke up in one of my favorite places of all time, which is Charleston, we drove about 2 and half hours to our next location Tybee Island, Georgia.  Tybee Island is a small coastal community that is only 18 miles away from Savannah. The south end of Tybee is where you can find the pier and pavilion, the north end you’ll come across Fort Screven, which has a lighthouse and museum. Don’t want to stay on the island? Well Tybee Island offers plenty of charter tours which allow you to go on dolphin excursions or deep sea fishing. To be completely honest though, although I just mentioned all the incredible things Tybee had to offer, I opted to just lay out on the sand and listen to the sound of the waves crashing in. 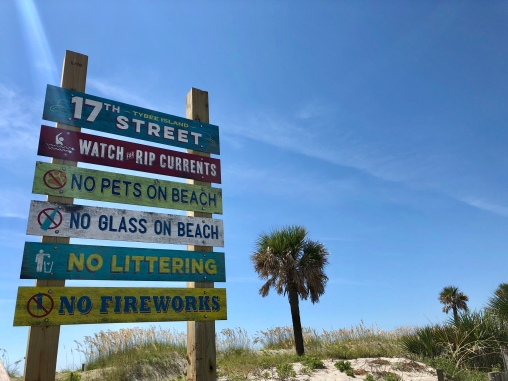 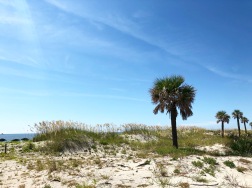 After some time relaxing and probably a nap or two on the beach, we took the 18 mile journey to the gorgeous Savannah, Georgia. Truthfully, Savannah is perfect for just about anyone! The history buffs can enjoy sites such as Old Fort Jackson, Fort Pulaski National Monument and Bonaventure Cemetery. Meanwhile the art lovers can enjoy the SCAD Museum of Art or the Telfair Academy. The foodies have plenty of gourmet shops and restaurants to explore and feast on. And of course, let us not forget the fashionistas that can spend a pretty on Broughton Street. 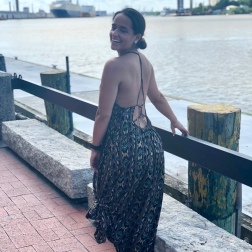 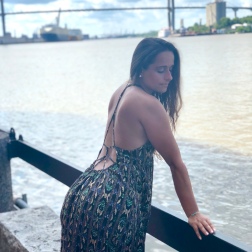 We spent most of our time in Savannah exploring River Street which runs along the Savannah River; River Street has century old buildings that were once cotton warehouses but are now antique shops, galleries, pubs, restaurants, boutiques, and nightspots. We popped in and out of several shops and boutiques before landing at a pub for a drink. Fun fact, it’s perfectly acceptable to take a “to-go” drink in Savannah, meaning you can take your drink out of the pub and walk along the river with it. Such a strange concept to me because I have nothing like that where I am from. 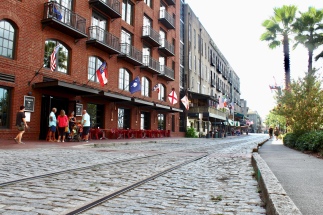 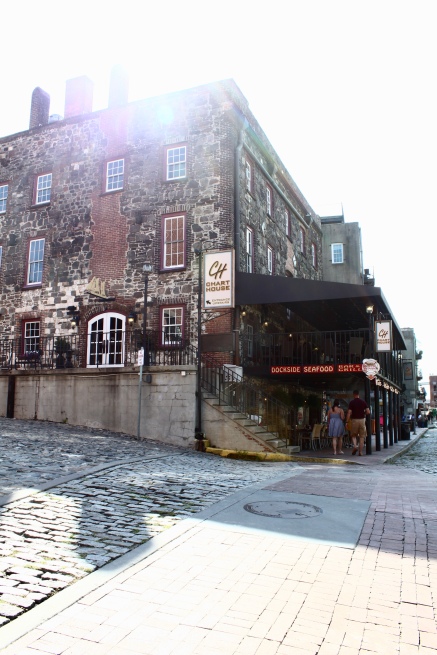 For dinner, we opted to try a historic place called The Pirate’s House. The Pirate’s House is located in the same location where General James Edward Oglethorpe and his colonists arrived in 1733. Four months after General Oglethorpe’s arrival, the colonists and himself converted the land into a public agricultural experimental garden, the first in America. A year later, the Herb House was built to house the gardener. In 1753, the garden became an inn and tavern for pirates and sailors. Two centuries later, in 1945, the Savannah Gas Company was going to demolish the entire area until Mrs. Mary Hillyer, the wife of the president of the Savannah Gas Company stated that she saw great historical value and potential on the site and fought to keep it from being renovated. Fast forward to 1953, The Pirate’s House opened up its very first tea room which eventually transformed to the historical restaurant it is today! Wow, now that was a history lesson if I ever read one!

My boyfriend and I ordered the fried calamari which was served with basil oil, tomato, parmesan & Marinara. I would say the calamari was alright, I’ve definitely had better. For an entree, my boyfriend ordered the slow cooked baby back ribs which came smothered in house made BBQ sauce, served with collard greens and fries. Upon asking my boyfriend how his meal was he said it wasn’t memorable. Whomp, whomp, whomp. As an entree, I ordered the mango chili glazed salmon served with mashed sweet potatoes and sautéed broccolini; unlike the appetizer, I thoroughly enjoyed this meal. All in all, the restaurant is very cool because of the historical aspect but the food isn’t spectacular or out of this world. 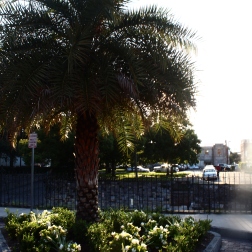 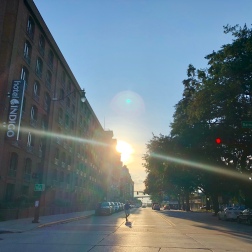 After dinner, my boyfriend and I strolled along River Street again, enjoying the sunset and taking in the last bits of Savannah before our next adventure. 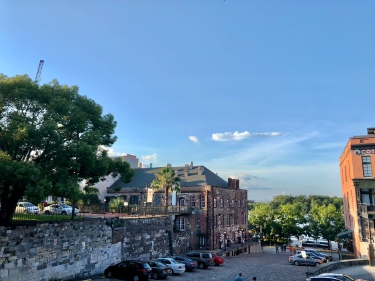 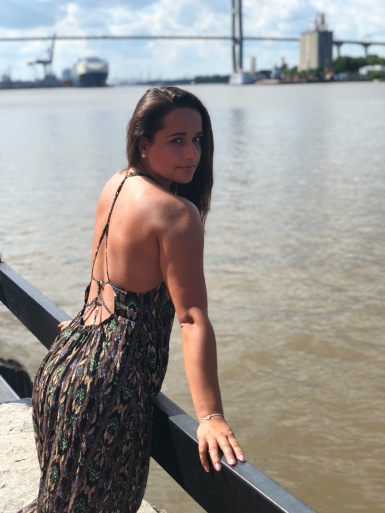 3 thoughts on “The Peachy State”