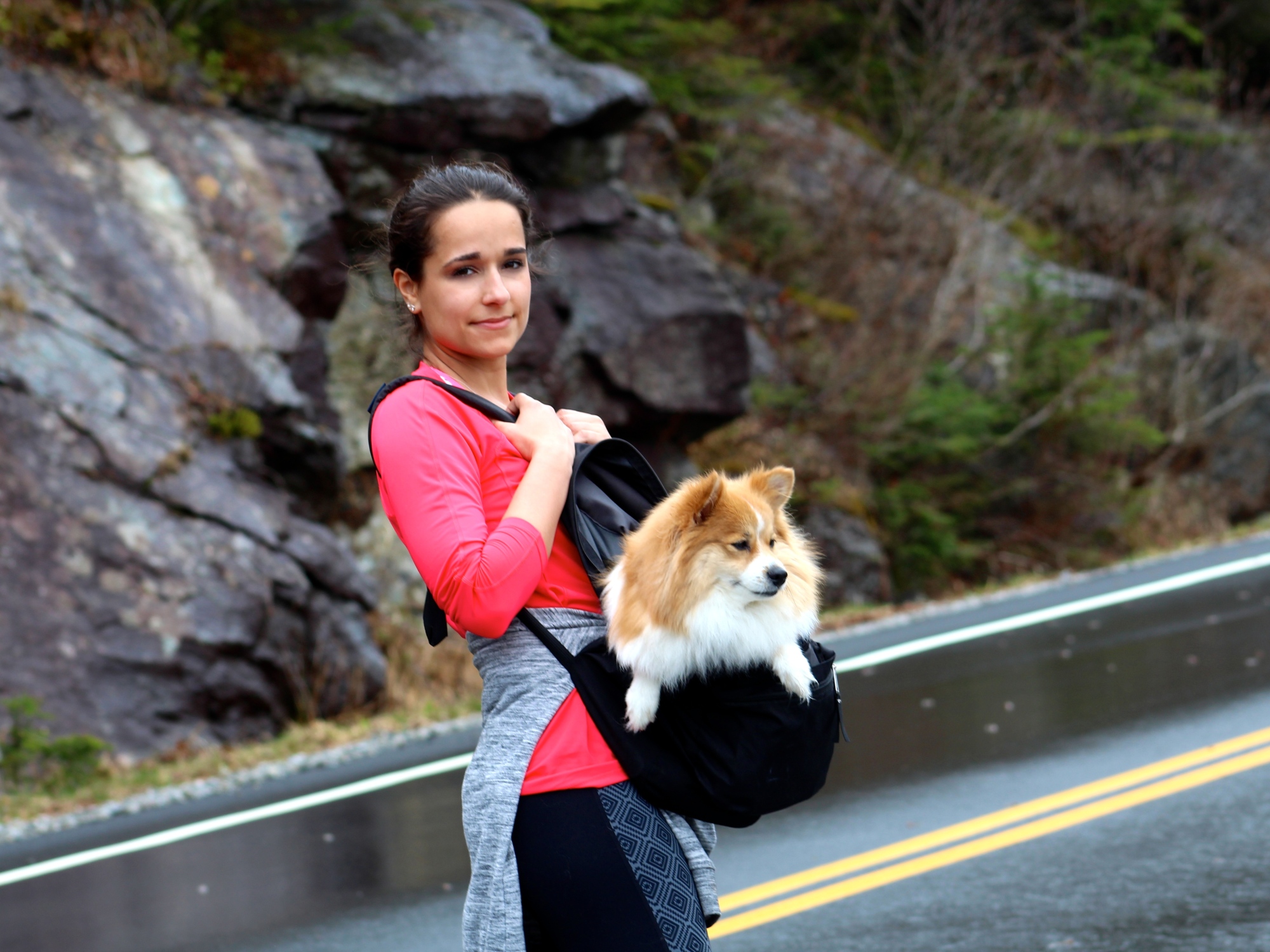 Welcome back to my Lake Placid adventures, today I want to share with you days 3 & 4 of this trip.

We woke up, had breakfast and were super eager for an adventure. According to the weather it seemed like it was going to be a rainy day but we didn’t want to let that get in the way of anything. After breakfast, my boyfriend and the three dogs decided to go for a 2 mile walk that took us around Mirror Lake and through the city. We came back to the house and got back on the canoes to paddle around the lake before lunch. After lunch there was a slight drizzle that seemed to be fading so we figured doing a short hike was appropriate. My boyfriend and I decided to take Riley on a hike on the trail named Cobble Hill which was about a 2 mile walk including the walk to and from the house. My boyfriend’s brother had been on the hike earlier so he told us what to expect such as a part on the trail where we need to use a rope in order to climb the rock. We did the hike and it wasn’t the easiest hike ever but definitely not the most difficult. I will admit, there was a part on the hike where I had to carry Riley and use the rope to lift myself up the rocks.

You’d think after a total of 4 miles walking in one day we’d be completely done with hikes but of course we weren’t! After our Cobble Hill hike we decided to visit the High Falls Gorge. The High Falls Gorge requires an entrance fee before you walk in. When you walk into the trail you see that you can take two trails, one trail being a walkway with a view of the gorgeous waterfalls and the other being a trail through the woods. Being the adventurous people we are, we opted to do both. We were absolutely fascinated by the the stunning falls because they were so rapid, so large and absolutely beautiful.

We came home, went back on the canoes, showered up and went out to dinner. After dinner we went in the hot tub and then got into bed.

Day four is the final day of our long weekend. We woke up early and started packing up the house and our things so that we could leave by the 10 o’clock check out. After being packed, unlike most people would who just start hitting the road, we decided we would do the hardest hike of the whole trip; that hike being Whiteface Mountain. Whiteface Mountain has the option to drive up the mountain to the top making it a short hike once you get to the top; the drive up would be roughly 5 miles. We had one issue though…we couldn’t drive up the mountain because it was still closed and would only be opening up mid May…Well, that wasn’t going to stop us, we decided to walk 5 miles up the mountain and than 5 miles back down making it a total of 10 miles of hiking in one day…

We began our hike and quickly Riley, my pomeranian, was struggling to go up the steep mountain. We figured this would happen and therefore we immediately started carrying her in a book bag. My boyfriend and I switched turns carrying Riley. I will admit, my boyfriend did 3 of the miles and I only had 2 in me, she was very heavy and it was very difficult for me to carry her for anymore than 2 miles. As were climbing up the temperature kept changing one second it was burning hot, the next it was freezing cold. It went from no wind to massive amounts of wind that wanted to push you backwards as you tried to trek forward. The views went from being visible to being completely covered in fog but nonetheless we hoped that by the time we got to the top that the views would be gorgeous and the fog would be gone. Finally, we got to the top of the mountain after hours of walk up hill…only to get into complete fog. I kid you not, you couldn’t see a single thing other than white. We were in a cloud….we were 4,867 feet up a mountain and in a complete cloud…

The way down was much easier since we weren’t going up hill. I made Riley walk the 5 miles down and although at one point she wanted to give up I made her power through it. The heat was growing stronger and we were going quickly through water bottles. After a 6 hour hike we were finally ready to hit the road and take the 5 hour trip back home.

Although we didn’t get the gorgeous view from the top of Whiteface Mountain, I am still so happy and proud that I was able to conquer such a difficult mountain. Overall, my trip to Lake Placid was amazing! I had so much fun traveling around, discovering new views and taking the best hikes ever. I would definitely recommend Lake Placid for anyone who is interested in traveling somewhere new and interested in discovering great places.