Hello everyone, last month I went on a bit of a trip to Lake Placid, New York! Today I want to share my adventure with you.

The day started off as a typical one because I went to work but got out a bit earlier; instead of 2:35 I got out at 1:44. After work, I went home, hopped in the shower, changed my clothes and it was off on the road I went, kinda. After my boyfriend picked me up, we went to to his brothers house to pick up his dog…just so you know, we had three dogs in the car. Yup, two people and three dogs with a five hour journey ahead of us! After getting the dogs all settled we got Dunkin’ Donuts and we were ready for the road!

Right away our journey was off to a rocky start because we hit traffic. The two big dogs in the back, Sam & Jayda, were huffing and puffing from heat and excitement while Riley, who was sitting on my lap, kept getting up, laying down, getting up, laying down. About an hour into the drive the bigger dogs in the back had settled down and accepted the long ride while Riley on the other hand decided to vomit….all over me. No worries though, I acted quickly and grabbed the Dunkin bag and was able to catch most of the vomit in the bag. I did get some on myself but I braved through it and used hand sanitizer to get rid of the smell.

About two and a half hours into the drive we decided it was time for a potty break for us and for the dogs of course. People watched in amazement that the two of us had these three dogs with us…I’m pretty sure people thought we were crazy for traveling with three dogs and I do not blame them. After that one break we were determined to head on the road and not stop for a long time because it was getting late and we had added a lot of travel time because of the traffic. We drove and drove and drove until it was finally 9 o’clock and we were on a scary dark and curvy road. After much anxiety of being in complete darkness in the middle of no where we finally reached the house we would be staying at for the next couple of days.

We got out the car and let the dogs run into the backyard where my boyfriends mother was so excited and shocked to see us and the dogs because this was all a surprise that we would be meeting her in Lake Placid for her birthday! After we got there and settled down, we sat down around the fire, the dogs jumped in the lake, we drank, we talked and we even went into the hot tub for a nice soak after the long anxious drive!

In the morning we woke up, ate breakfast and were ready for the day! Since it was the first day, we opted for a smaller and easy trail. The trail we went to was called Flume Trail and was located in Wilmington, NY. From the parking lot you could see the rapid river flowing away, surely if you fell in you’d be a goner. We began the trail with the dogs leading the way. We enjoyed the scenery, the dogs sniffing about and the water flowing down the mountain before you know it, the two mile trail was over. I would consider this trail to be pretty easy…even though I lost my footing and my sneaker got stuck in mud…just my luck.

After our hike we went back to the house, I washed my muddy sneaker and we ate some burgers for lunch. After lunch we thought it would be perfect to hop on the canoe. I’ll admit, this was my very first time on a canoe and I was quite nervous that we would flip. Every time we would hit a wave that made us wobble just a little bit more than we should be, I’d get nervous and freak out a little bit. I will admit though, eventually you get use to the wobbling and canoeing turns out to be very fun! We went around Mirror Lake looking at all of the other houses in the area before returning back home to the house we were staying at.

That night, we had a feast for dinner. After our feast we got in the hot tub and went around the fire for a bit before heading in and putting on a film. Truthfully, after about 5 minutes of the film both my boyfriend and I fell asleep. I have no shame in saying that we fell asleep at 10pm while the rest of the clan went out to bars. 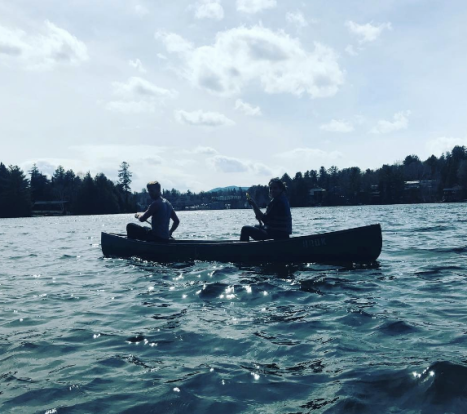 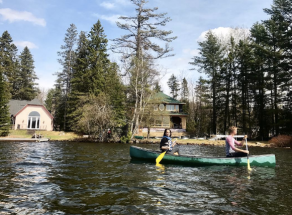 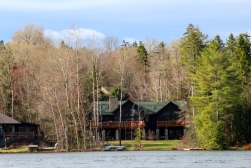 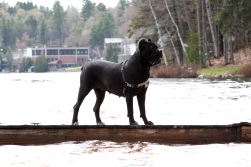 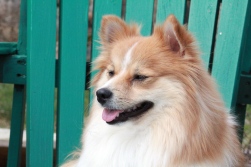 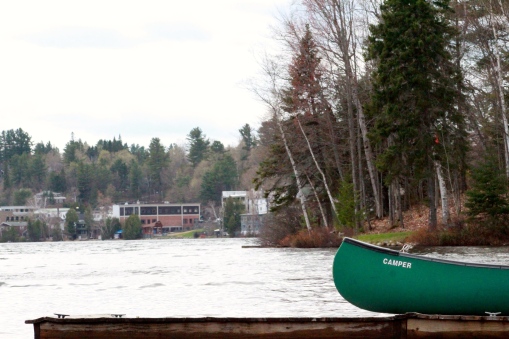 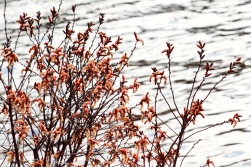 Those are just days 1 & 2 of Lake Placid, I have two more days that I cannot wait to share with you all! Stay tuned for those two!